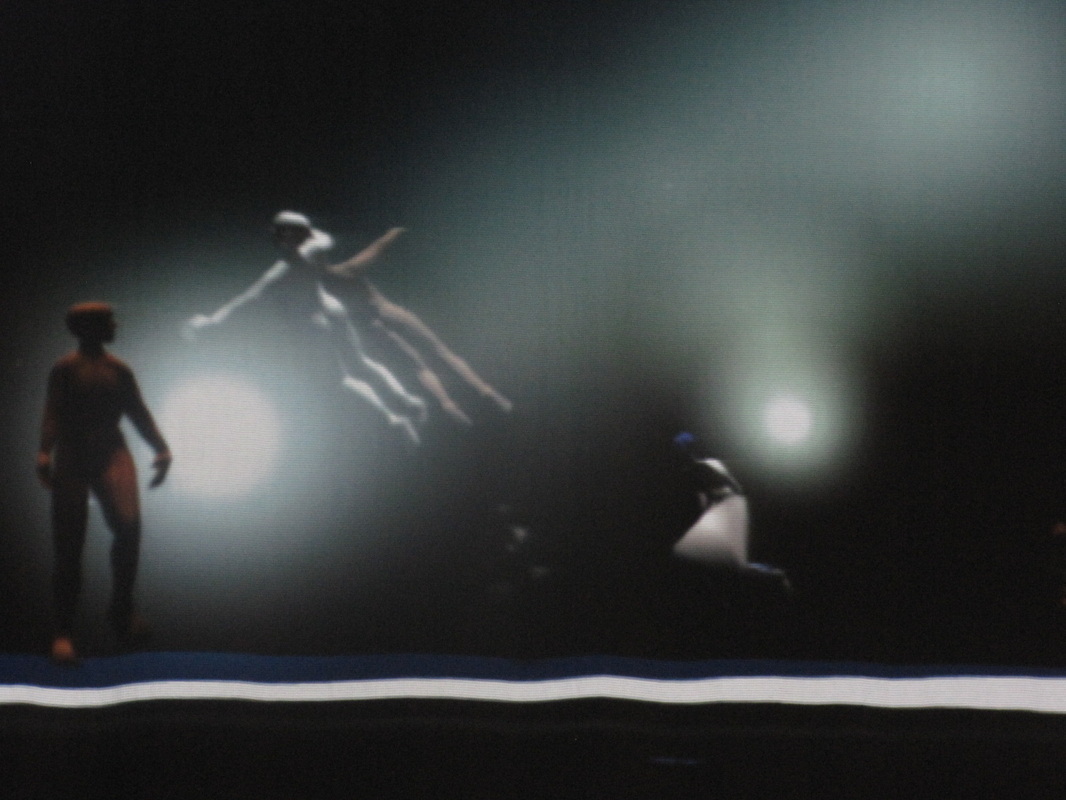 A group of composers, artists and musicians spread through Europe and North America meet in a networked virtual world. There, together as avatars, they design and play new otherworldly virtual instruments while experimenting with identity, perception, touch, telepathy and collectivity. The instruments determine movement, audio emissions, and the release of particles and textures that give visual indications of sounds made independently by individual players in real time. There is no streaming involved – the performance is created completely within the networked 3-D environment world Second Life.

The Avatar Orchestra Metaverse offers five compositional frames for its participation in the Posthuman Corporealities Festival.
Second Life artist Gazira Babeli created Come Together, an animation sculpture in 2007. To being the performance, AOM uses the sculpture with sounds from its inventory and from stock Second Life gestures to introduce the performers.

From here, Bjorn Eriksson’s iconic AOM composition Fragula begins. It evolves from the sounds of granulated sine waves, square waves and sawtooth-shaped waves through arpeggiated synthetic figures into samples of an old harmonium with imprecise playing. Each sound control triggers a specific small or big movement and animation of the avatar, while exploding each avatar’s sound sack into colour.

PwRHm: Breathing the Network Electric by Tina Pearson is an attempt to create a sense of intimacy and viscerality in the virtual environment. It uses two sets of sine tones tuned to the currents that carry electricity in North America and Europe respectively. Separated by continents, AC frequencies and instrument sets, the two groups of performers play according to their individual breath rhythms while exploring sonic phenomena effects and the pure just intoned sonic relationships that occur when they move their avatars together and apart within the 3-D virtual world.

cptrpwrhm, a collaboration with Leif Inge and Tina Pearson, poses the possibility of dance between a vulnerable avatar body and an avatar controlled flying machine. It introduces a virtual helicopter into a sound field of a set of instruments built on the processed field recordings of electric motors from each continent.

In Whirled (Trance) Formations by Norman Lowrey invites performers to transform themselves through Singing Masks as “vehicles of transformation.” With carefully designed animations, the performers interact with one another through gesture, avatar movement and sound play. The result is a spontaneously playful shaping of sound, light, and motion, using virtual mask instruments to connect with alternate realities, modes of cognition, or underlying fabrics of energies.